Everyone just watched carefully what the man on the street was doing, and the dog reacted decisively.

Actor Numan Ertuğrul Uzunsoy performed a play on the street in Turkey in which he had to pretend to be hurt. Because of that, he lay down on the floor. 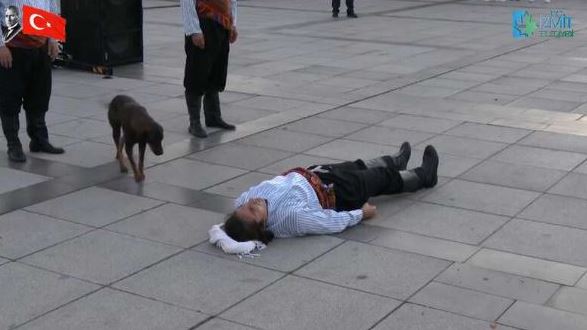 As he says, his role was to be very hurt.

And then, to the surprise of everyone present, a dog approached him and tried to help him.

At the moment when the actor was lying on the floor, this amazing dog came to him and probably wanted to help him, thinking that he was not well.

He lay down next to him and licked him. A truly amazing creature. 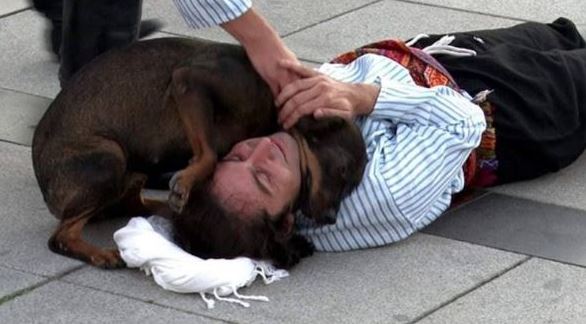 You can clearly see the smile on Uzunsoy’s face.

He said that this was a really emotional moment for him. He was very glad that this wonderful creature wanted to help him.

The audience definitely enjoyed this unexpected outcome of the play. Soon the dog had to leave the place where the play was being performed, but first they proved to him that the actor was fine.

Uzunsoy decided to thank the dog by trying to find him a home.