It’s been a year since the owner of this really loyal cat died. Only now can you see how much she actually cares about him. She actually lives on that grave in Indonesia all this time. 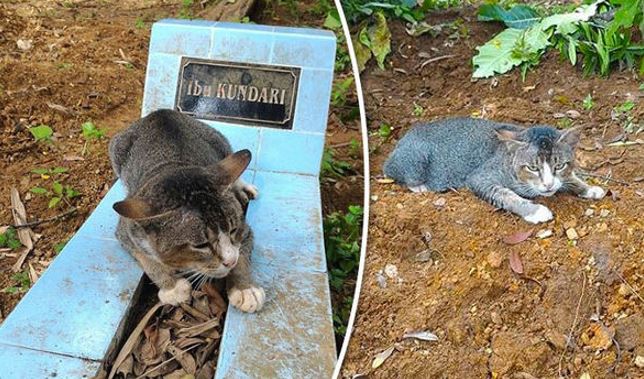 One young man who was there at the time heard a sad cat meowing so he tried to help her. The young man’s name was Keli and he took the cat to his house. 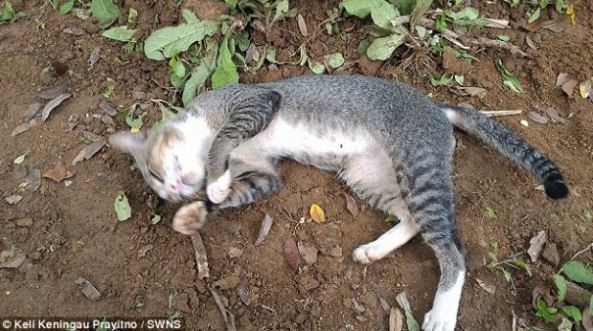 Regardless of everything, tomorrow was the same again. The little unfortunate animal returned to its place, the grave of its owner. It was learned that the cat has been staying there for a year. 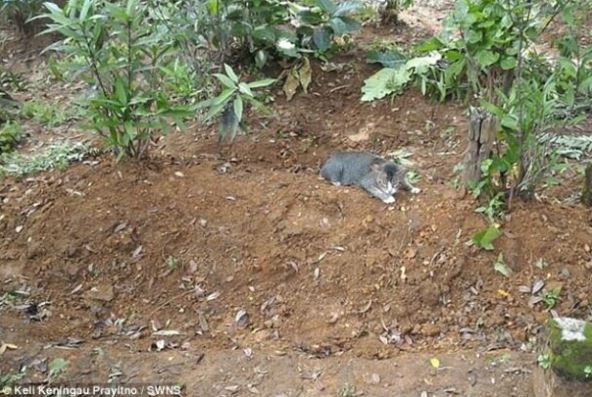 He is removed from that grave only in one case. It is to feed in the house of the children of its late owner. People who are nearby also often feed the cat, and some are determined to protect it and accept it into their home, even though it does not want to. Every time they take her away, she returns to the grave.