An interesting scene of a really resourceful, but also flexible elephant who decided to get to the mango by crossing a wall as high as 5 feet.

This moment was recorded in Zambia Park.

The pictures show an elephant who wanted to take a little mango at all costs, so he crossed a really big obstacle, the aforementioned 5-foot wall. 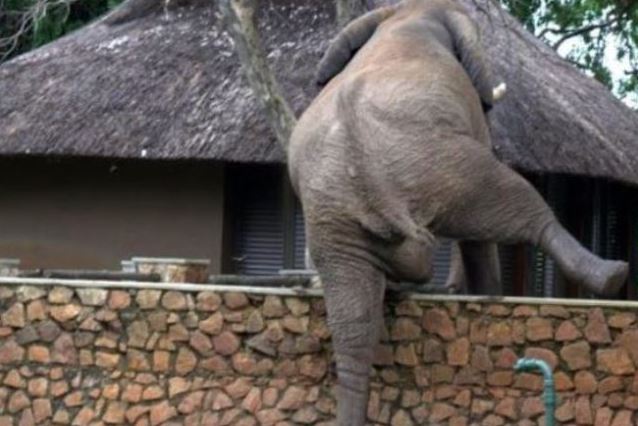 Everyone was very surprised by these scenes. The reason for this is that elephants are not very good at climbing.

Ian Salisbury, 68, spotted the elephant as he considered the situation and studied the possibility of crossing that wall. Yet it is no small thing for an elephant to move its large, heavy, and long legs over a wall without losing its balance.

He started with his right foot and then his left as he slowly approached the last two.

Elephants mostly come here between the tenth and twelfth month of the year. Howewer, this sudden guest is already a bit late. The manga season has passed after all.

Ian, who is from Bacup, Lancs, said this brave elephant simply decided to go the most direct route without the slightest hesitation. 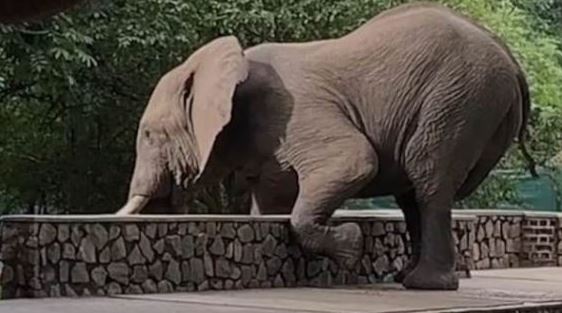 People were very glad about the situation of the elephant overcoming such an obstacle. It was strange for everyone, but they were very happy.