These are Riff Rat and Osiris, who conquered the internet with their amazing friendship. Despite all their differences, they are inseparable.

Osiris is a dog, a Dutch Shepherd breed, and Riff Rat is, as is obvious, a rat. This little rat was on the brink of life when he was only a few weeks old. Fortunately, he was successfully rescued. 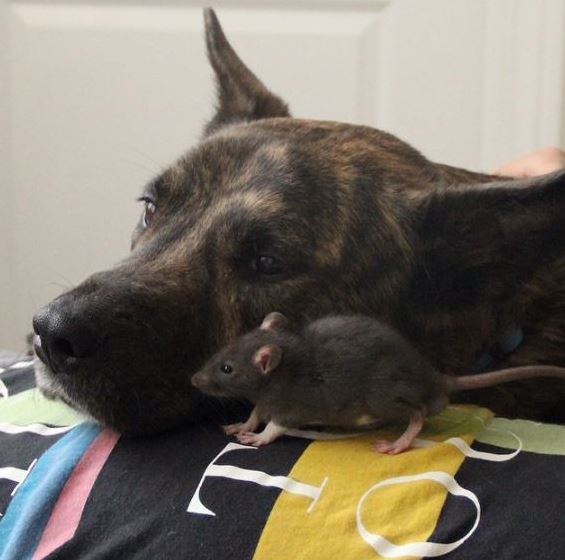 Osiris also went through a rescue process after they left him and left him alone. He was of great help to little Riff Rat while he was recovering.

Osiris was not supposed to stay with this family forever, but only for one period. However, he enchanted them all and they fell in love with him. Then they decided that he would stay with them.

As different as these two beautiful creatures are, Osiris helped his friend a lot in difficult times.

Such friendships are not common, especially between animals of different species. The two of them do not separate at all.

Enjoy the view of their socializing.

Of course, during their first meeting, no one believed they would accept each other, but soon all doubts disappeared.

They immediately stood side by side and became best friends. How much they trust each other can be seen in the fact that a rat sometimes enters a dog’s mouth and cleans its teeth.

The man behind it all said he is not in the least afraid that the dog will eat the rat, because he has helped the rescue so many times that he can get the epithet of the most gentle dog.

It would be nice if everyone looked up to this unique couple, both humans and animals. 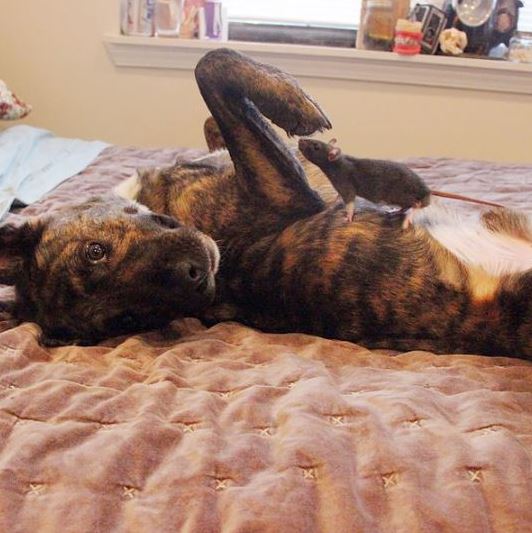 They’re so cute, aren’t they?